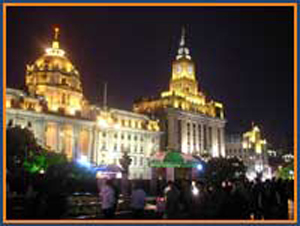 Shanghai, is the sixth largest city in the World, often referred to as the Paris of the East; the New York of the China!

Shanghai, is one of the most cosmopolitan cities in the world. Once just a fishing village on a mudflat, Shanghai grew into a great metropolis literally almost overnight! While it can’t match the epic history of Beijing or the rich grandeur of Xi’an’s fabled past, Shanghai is the hotspot of modern China; a cosmopolitan city buzzing with the concept of ‘lifestyle revolution’, showcased in the architectural temples of art, fine dining and contemporary urban living on The Bund!

As one of the earliest Chinese cities opened to the outside world, Shanghai is a unique blend all its own! The colonial history from the last century left Shanghai a very distinctive look, with the old style European buildings found on the Bund, directly facing all of the modern skyscrapers across the Huangpu River. The openness of the city to outside cultures is also ingrained deep in the spirit of Shanghai people. Here you will be allured by the glamorous night life and impressed by its fast changing lifestyle pace!

Less than a century ago Shanghai was little more than an anchorage for junks, with a few villages scattered along the low, muddy banks of the river. By the 1930s and 40s, Shanghai had become a paradise for adventurers. Tycoons, millionaires, politicians, revolutionaries, mobsters and great beauties came to this attractive city to catch their dreams! Countless moving stories in its history, both sad and joyful, were played out here which made the special stage of Old Shanghai! 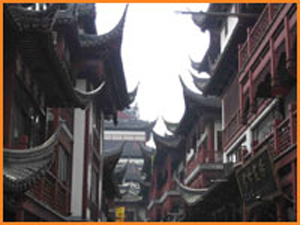 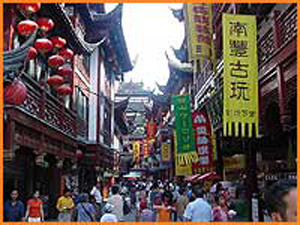 If you like the past, then lose yourself in the old town of Shanghai, wandering in and out of the crowds as well as in the labyrinth of the colorful old temple honoring the City God! If you like the new, explore the Bund at night when all the lights are blazing, and appreciate the reflection of the Oriental Pearl Tower and Jin Mao Tower in the Huangpu River. If you like learning about history, you will be enchanted by the world class Shanghai Museum and its huge collections and modern presentations! If you like connecting with the local people, go shopping on the Nanjing Road, a true shop-aholic’s Nirvana! And just get lost in the vibrancy of the second largest city in China!

Whatever the goals for your China tour, you will always find Shanghai a unique experience. You can feel the pulse of a growing China from this dynamic western-styled city with its diverse history and international culture! Shanghai is one of the most cosmopolitan cities in the world with its sophisticated, innovative and adventurous Shanghai spirit! 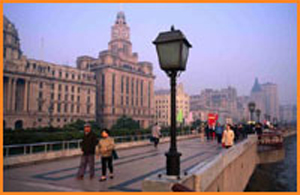