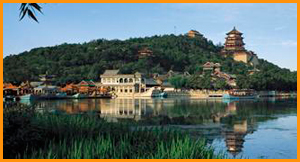 The Summer Palace in Beijing – was first built in 1750, and then largely destroyed by fire in the war of 1860 by Anglo-French allied forces. In 1886, the Empress Dowager Cixi embezzled navy funds to reconstruct it for her own benefit, changing its name to Summer Palace, because it served as a summer resort for her. She spent most of her later years there, dealing with state affairs and entertaining. That is why the Summer Palace has witnessed a lot of historical moments in the late Qing Dynasty (1644 -1911), and became the center stage of China’s interior and foreign affair activities.

In 1898, the Emperor Guangxu met at the Summer Palace with the leaders to help plan what would become known as the Reform Movement revolution. After the revolution was crushed by the Dowager Cixi, Emperor Guangxu was held under house arrest in the Summer Palace for about 10 years. On Nov.14, 1908, Guangxu died mysteriously and Empress Dowager Cixi died the very next day after appointing the next Emperor, Pu Yi (who would be the last emperor of China). In 1900, the Summer Palace suffered damage yet again, being ransacked by the Eight-Powers Allied Force during the Boxer Rebellion. 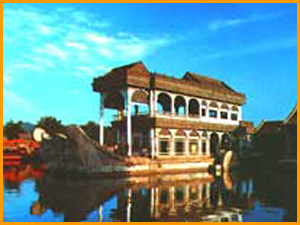 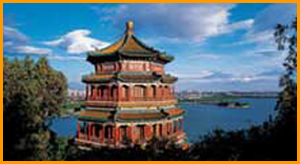 The Summer Palace is a masterpiece of Chinese landscape garden design. The natural landscape of hills and open water is combined with traditional Chinese architecture to form a harmonious ensemble of outstanding aesthetic value.

The Summer Palace in Beijing occupies an area of 294 hectares (726.5 acres), three quarters of which is water. Guided by nature itself, ancient artists designed the gardens exquisitely so that visitors would see marvelous views wherever they stand! The Summer Palace in Beijing is an outstanding expression of the creative art of Chinese landscape garden design, incorporating the works of humankind and nature in a harmonious whole. It is the most classic example of an imperial garden in China, ever. The Summer Palace is a stunningly beautiful reminder of the imperial grandeur and history of China.