The Terra Cotta Warrior Army is an extraordinary experience that you must see at least once in your life time, and will be one of the most memorable events in your China Dream Tour! This magnificent achievement was created more than 2000 years ago. Workers labored for 37 years and still it was never fully completed! The Terra Cotta Army is an underground army of 8,000 life-sized clay warriors; each individual soldier with a vivid and unique face, extraordinarily lifelike in appearance. Each warrior has his own unique features, pose, hair-style and facial expression. You will never find two warriors that look the same. All of them look so vivid and well prepared for battle! These soldiers are true representations the Chinese people of that period.

One of the most legendary people in Chinese history is the one who started the Chinese feudal society, Emperor Qin Shihuang. He was the first one who had the courage, vision and iron will to unify the disparate individual kingdoms into one country called China! As the first emperor of China, whatever right or wrong, he changed history forever. Emperor Qin Shihuang was the first to unite China, and while his reign was temporal, the unity and feudal society he created would last for over 2200 years, through a succession of dynasties until the early twentieth century. Most people know that the Great Wall is one of the seven ancient wonders of the world. But most people may not know that Emperor Qin Shihuang is the one who conceived and created that wonder!

Emperor Qin Shihuang was born in 259 B.C. and became king of the state of Qin at the age of 13. One by one, he conquered the other six kingdoms and unified China into one country. In 221 B.C. he established the Qin Dynasty, the first centralized and unified regime in Chinese history. Although reviled for his tyranny, Qin Shihuang is also admired for many radical and insightful policies which subsequent dynasties employed long after his time. To synthesize seven separate kingdoms into one nation, he standardized a common script and established uniform measurement and monetary systems. For effective government, he codified a legal system and replaced hereditary rulers with a centrally appointed administrative system. To improve industrial productivity he encouraged agricultural reforms and constructed many roads. And in an effort to limit the encroachment of barbarian tribes, he supervised the construction of a defensive fortification along the northern frontier, the first Great Wall. Although China benefited from these policies, thousands of Chinese workers died in completing this far-reaching public works program. Even though the Qin dynasty only lasted 15 years, he totally changed and created the history of China! Although there were many more dynasties in the 2,000 years after him, they all inherited and embraced the entire system that he created. 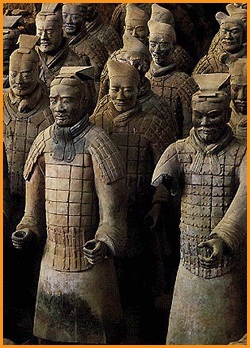 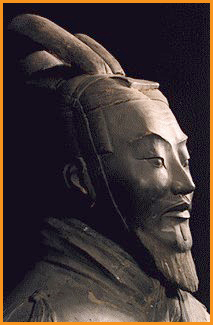 Whatever his achievements however, Qin Shihuang was truly a despot – conceited, cruel, unforgiving, and mercurial of temperament. He ruthlessly executed anyone he thought was against him. Even his grand projects, such as his tomb, the Terra Cotta Warrior Army, and the Great Wall were built on the suffering of the people. 700,000 forced laborers were conscripted to construct his tomb, which began as soon as he ascended the throne at age 13. All the workers and childless concubines were interred with him to safeguard its secrets. His tomb took 37 years to build and is protected by the 8,000 life-sized Warriors of the Terra Cotta Army. The army lies in three separate pits, nearly one kilometer east of Qin Shihuang’s tomb known as Mount Li. They guard him in death as his army did in real life. The warriors are still in their battle formation, facing east against the six conquered kingdoms; eternally vigilant and awaiting the command of their emperor. Can you imagine that, this miracle of an archeology discovery was found by a farmer when he was digging a water well in 1974? That is why there is a popular saying in China: that if you want to be millionaire over night, dig a hole in Xi’an! Because Xi’an was the capital of 13 dynasties, spanning more than 2,000 years, and there are 73 emperors buried there. And most of the tombs have not been opened yet due to the lack of technology that can guarantee their protection from the elements.

According to the history books, Qin Shihuang’s tomb was built below the water table, reinforced with bronze as waterproofing. The size of his tomb is gigantic and follows the layout of his capital during his regime, Xianyang, near the present day city of Xi’an. The entire mausoleum covers more than 60 square kilometers, and is larger than the present day city of Xi’an! It is a miniature of Qin Shihuang’s world when he lived. There are gemstones used as stars, in perfect celestial formations. Flowing rivers of mercury depict the Yangtze and Yellow Rivers. There are even mountains and canyons, everything in their accurate geographic location! And all manner of treasure is protected by deadly booby-traps. Imagine the excitement when his tomb is finally opened to the world! The main tomb has yet to be excavated – partly because archaeologists are still uncertain of its exact location. Often Emperors constructed huge burial mounds simply to divert robbers’ attention from the true site of their tomb. So the artificial mound that today marks the Emperor’s tomb does not necessarily indicate the location of its wondrous central chamber. However, because high mercury levels have recently been reported nearby, archaeologists think they may have at last discovered it. The Terra Cotta warriors that you will see when you visit Xi’an form just one of the many barriers the ruthless Emperor employed to protect his tomb for eternity!

The Terra Cotta Warrior excavation is actually still an on-going archeology site, and everyday we learn a little bit more about extraordinary people of that time, and the miracle that they created! 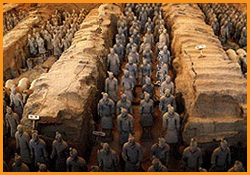 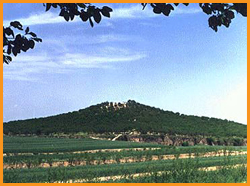